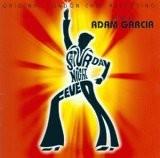 At the heart of this musical is the story of ‘Tribal Rites of the New Saturday Night’, composed by Nick Cohn in 1975 for New York Magazine. Also, the plot is based on a scenario by N. Wexler, which was written for the same-named film in 1977. Authors of the musical removed from their work the scenes, which contained violence, racism or drugs. In doing so, they have removed the age limit, which existed for the original motion picture. Subsequently, there were productions, which almost completely repeated the subject of the picture, including the most negative scenes. These ones received a rating, which did not allow teenagers to attend the show.

Songs of band ‘Bee Gees’, which were performed in the musical, were bright disco songs. Amongst the most enchanting settings was number of dancing in a nightclub. Unusual choreography by Arlene Philips completely recreated on stage the atmosphere of bygone 70s. Thanks to her work, dance competition, which was attended by the main characters, made a great impression on the audience. Scenery by R. Wagner, who created a Broadway version, included model of the bridge named Verrazano Narrows.

The original production received a variety of responses. Many critics did not like such a version of the show. By removing realism, present in the original film, the makers had too simplified their brainchild. Drawing attention to the fact that the film, which was the basis of the story, became a cult, the reviewers noticed – the production was too lightweight and frivolous. It has strongly influenced the public, as many beholders expected to see in the musical dramatic scenes. Also not in the best way was built the structure of the show. During some most famous music in the hall, people from the audience were frankly bored.

Despite certain shortcomings of production, this musical called public interest. To the pre-Broadway production was bought a large number of tickets. By the end of the show, the audience’s interest began to decline – cash box for the penultimate weekend of the finals totaled to 326,476 dollars. Conclusive weekend showed the best result – was collected the amount of $ 856,258. The show did not get much recognition from theatergoers – it was nominated just for two awards. Nevertheless, this play became popular around the globe thanks to disco style, which was loved by many people.
Last Update:July, 13th 2016