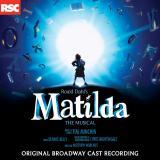 The first thing, which attracts the attention of the audience, is the plot. A little girl, who is only five years old, is in the center of the story. She has a really difficult life, as her own parents seem not to love her at all. Nevertheless, she is very gifted and clever. She never gives up and continues to hope for better life. She is such kind of person who teaches us, how to live right. She cannot bear any unfair things, such as deceit or cruelty towards the others, especially innocent people. Matilda keeps coping with all the difficulties in life. She is a good example of a strong and just personality. We may compare a narrow-minded mother, who is an adult already, but is mocking at the daughter’s love to books and advises to watch TV instead, and Matilda, who loves reading so much. She is only a little girl, but she is much wiser than many grown-ups are.

Another interesting thing is that there is a story within a story. The one about acrobat is perfectly connected with the main line, even though we can understand it only in the end of the musical.

The composer also did his best, having created the mesmerizing songs, which were perfectly implemented into the storyline. This is one of the reasons why the performance has managed to get such great number of awards. The actors and costumes also deserve our attention.

Some people might think, it is a bit childish, as there are some supernatural things in the plot. The musical itself is based upon a children’s book. However, even the adults will like the show. It is understandable for everyone, but gives a very important lesson. Thus, if you want to enjoy a magnificent acting, beautiful music and, of course, an outstanding storyline, give “Matilda” a try.
Last Update:May, 12th 2016