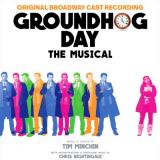 
RITA:
I was brought up in tafetta dresses
And taught to be pretty and precious
Spending my playtimes with plastic princesses
Who all had bodies just utterly ludicrous
Miniscual waists and huge boobs
And it's all nippless and no creases
I mean Jesus it's pretty confusing
Especially at 6.

In that fairytale world all the girls end up happy ever after.
Wooing their knights in shining armour.
But some nights down the track
You can bet they'll be trapped
Spending nights 'n shining armour.

While their knights spend their nights at the bar
Or at a ball with some harlot
I'm not bitter it's just better
That I don't fall for all that romantic bullshit
Now that I'm older.
Though I don't mind the thought of being tossed over a shoulder
And trotted off to a mansion by some ruggedly handsome man in a fireman helmet
And have him just use me for sex.
As I say - it's a little complex.

One day, some day
my prince may come
But it doesn't seem likely
But even if he came and he liked me
It's likely he'd be not quite my type.

Some day, they say
He'll come ridin' up on the back of a horse
But of course
I'm allergic to horses
How will I tell him
He'll just have to sell him.

I went to school with a girl
I remember her well
She was pretty smart - and pretty as hell
Her folks had a farm
But she wouldn't stay of course
She wanted prince charming
So she went to LA of course
Managed to seduce a
Famous actor or producer
Shacked up in a house in the hills
With a cat and a juicer
- and a fancy car
- and a tennis court.
But the guy wasn't quite
The catch she'd thought she caught.
He treats her like trash
Then you know the drill
Takes his cat and his cash
And finds some younger girl
So she's left with a stupid corvette
And an empty swimming pool
Which she fills with regret
Smart girl but kinda dumb...

One day, some day
He'll come sweeping in
And sweep me off my feet
And spend the next 4 decades
Wanting to cheat on me
Getting less handsom
And fighting his dragons.

He'd know what to wear
He'd have a full head of hair
And his eyes would be brown
Or blue.
Or green.
Well, I dont care.
And his body would be toned with those
Pecks you get at the gym
But he won't spend all of his time at the gym.
And he'll love reading books,
He'll be an excellent cook,
He'll be good looking but not to aware of his looks.
He'll be tender but tough
And smart but not smug
And attentive but not fawning
And he'll smell good in the morning
- 'n he'll dance,
-and like hiking and baking
And biking I'm not picky
I just ask that he likes me
And I like him and I'd rather be alone
If the only other option
Is to come and settly down
With some condescending clown
With a great rating from some dating service
Some self professing Mr. Perfect
Another narcissistic legend
Made a million out of hedge funds
Another sexually inaffectual
Self-obsessing metrosexual
Pseudo-intellectual
Getting drunk and existential.
Every time the steelers lose a game
Thanks - but perhaps another day.

One day, some day
My prince may come
But I won't hold my breath
There's only divorcees
And wierdos left
And weird is fine
But not all the time
One day,
Someday my prince will come
So the fairytale said
30 years later it's still in my head
That if I screw a frog
I will wake up in a four poster bed.

PHIL (and Joelle):
There was a day with a girl (there was a day)
I remember it well (with a girl)
Her name was Jenean
Or Jenna,
Or Joelle (it's Joelle)
We drank piña coladas
Watched the sun setting over the bay (watched the sun setting over the Bay"
We made love in the sand (We made love in the sand)
and when we were through (when we were through)
We went back to her room (back to my room)
And watched Ghostbusters 2 (Ghostbusters 2)
Smoked half a joint (smoked half a joint)
And ate half a pound of pâté (it was way too much pâté)
Why couldn't that be my one day

Jeff (and female):
(one day some day) I'll cut down on fried chicken takeaway
(One day) my doctor said (one day) my heart will stop tickin'
unless I cut down on that chicken
I will do it (one day)

Gus (and ensemble):
(one day) I'll stop drinking so much

Sheriff (and ensemble): (one day) I'll get a new safety clip for my holster
It opens too quick
I'll do it next week

Mrs. Lancaster (and ensemble): (One day) I'll get a new coffee maker

Buster (and ensemble): Some (one) day (day) I will buy her a ring

Ned? (and ensemble): One day (day) death will come to everyone (everyone)

Doris: (One day) I'll learn how to sing

(Rita) {and ensemble} and Phil:
{(One day)}These Endless first dates
{(Someday)} that start with her (my prince may come) hating me

Phil and Rita (and ensemble):
But it just doesn't seem likely (ahhhhhh)

Phil: that I'm gonna get her to like me

Phil: [spoken] I bought you candies
[sung] can I get in your panties now?

Phil: [spoken]: What 'd ya know, it's Groundhog Day

Ensemble: [sung] tomorrow spring will come
And then
There will be blue skies my friend
Bright eyes and laughter