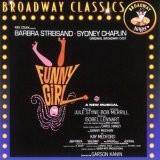 Besides the fact that this musical to its 30-year anniversary has become a classic of the genre on Broadway, it initially gave very good, even in the current time, 1300+ regular shows and visited not only the West End, but also regional and international rounds. For example, in New Jersey show was in 2001, receiving warm reviews from critics. In particular, they admired the fact that new actors of this cast have tried to reproduce the atmosphere with dignity, originally created by Barbra Streisand and her partners on stage, as well as the creators – J. Styne & B. Merrill. In Illinois, the show was in 2009 – 2010 (directed by Gary Griffin). In 2012 – in Los Angeles and came back to Broadway in the same year. In spite of the difficulties experienced by that time (financial recession), when many producers were closing up their financial activity or significantly reduced it, histrionics still was staged, although with delay. In 2014, it took rebirth as a tour of the hottest countries in the America: Panama, Brazil, Ecuador, Argentina & Venezuela, and in 2015 on the same continent, there was one more spectacle.

London took a little updated show in 2015 in Menier Chocolate Factory, lasting until March 2016 with a new libretto, made by Harvey Fierstein. This version of the play even made a kind of record of speed of complete selling-out of tickets. Also, in April of 2016, the show will be in the form of a full-fledged resumption, when a show that is currently going, Guys and Dolls, will be completed in the same theater.

The original name of a musical was My Man, but it did not convey the vicissitudes of life of Fanny Brice, the story of whose life was trying to write for a dozen times Ray Stark. It came out well only in a few years from 12th attempt. Ray Stark was the original producer, and his interest in making of this thing was driven primarily by family ties with the deceased. Despite receiving eight nominations for Tony, in that year the musical was competing with a very strong histrionics Hello, Dolly! and that is why, it had not received any of cherished awards. Grammy Hall of Fame even included its recording in the repertoire in 2004.
Last Update:April, 06th 2016