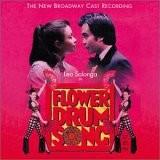 This musical is a creation of the creative duo of Rodgers & Hammerstein (the latter died in the early 1960s, and the first – in 1979). Richard Charles Rodgers was the first who had all four top awards in show business – Oscar, Emmy, Tony and Grammy (now there are only 12 people alike, some of whom are: Audrey Hepburn, Mel Brooks, Whoopi Goldberg, Scott Rudin, and others). As he also has Pulitzer Prize, it has made him an outstanding person, as the owner of all five, except of him, was only one person in the world – Marvin Hamlisch (received this award in collaboration with Rodgers for the musical A Chorus Line. He died in 2012). Hamlisch, by the way, here surpassed Rodgers, as he also had 2 Golden Globes.

What to expect from such a phenomenally talented duo? Only a very strong production. However, it should be fairly noted that this work is still considered the most unsuccessful among their collaboration, although the show did total of 1000 performances on both main scenes of the world – Broadway and West End. As for other productions, the main considered two versions – of 1958–1960 years and resurrection in 2002. The other significant ones were: 1961 in San Diego, in 1961 & 1965 in St. Louis, 1963 & 1964 in San Francisco, 1993 in Oakland (cutted version), 1996 in San Mateo (also cutted version), 2002 Broadway, where it was decided to revive the work of Hammerstein and Rodgers. The libretto of this had to be revised because some things have changed for 40+ years and have become politically incorrect, as well as musical contained outdated views on things that simply ceased to be relevant in today's world. From it anti-feminist things also were removed and the 2002 version is presented here in the section "Synopsis", whereas the 1958 version was generally more rude.

Heirs of Rodgers all agreed on the need to rework, while his widowed wife refused, but in 1997 author of the novel – C. Y. Lee – also agreed. Two authors were involved in work – one experienced and one novice, who brought contest between two worlds in a musical – the old and new, in the face of an old Chinese theater, which has lost prior popularity and a nightclub, which was rapidly gaining in fame. Just as the opposition of two types of people claiming rights on this musical – young heirs, opened to change and the old guard, which does not accept the changes at all. The musical was also greatly exaggerated in toughness to immigrants from Asia to settle in the United States.

After three years of reworking, the musical was staged in Los Angeles, where collected the necessary amount of funds for Broadway. After opening, the show received very enthusiastic reviews from critics and was continued several times after the planned date of the closing, eventually did so only 2 years later in LA. It moved on Broadway in 2002, closing after only 169 hits. Its producers have lost all their investments, due to the negative reviews about the musical and the small attendance.
Last Update:April, 06th 2016