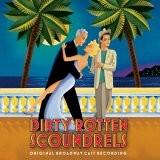 Two rogues who lure money and jewelry with various tricks from women, live on it pretty good. One travels across the cities, while the second is settled in a small town that is visited often by the rich people (and women in particular). Being in a casino, the first, Freddy, shows viewers how he works, earning by his standards, not bad, but when he meets the second buddy, Lawrence, understands that Lawrence earns much more, by the standards of Freddy, conducting gigantic scams. They got to talking and it turned out that the first coming in the second’s estate, where is affected with the scale of his life and the fact that it is possible to live so richly on the earnings from scams.

When one of the women makes Lawrence to promise to marry her, they decide to crank out a new scam in which Freddy pretends to be disgusting brother of first named Ruprecht, playing mentally ill person. When a future bride realizes that Ruprecht will take a considerable part in their lives, she refuses the engagement. After some time it turns out that Freddy wants to stay in this town forever, Lawrence is not happy with the circumstance. Men bettor – one of them will be in the city, and the second leaves, and it will be figured out when the first of them earns 50 000 dollars and will be deemed as the winner of the bet.

Presumably rich girl comes to the city, and they start to play characters. The first depicts a paralyzed man, and the second – a doctor who agrees to cure him for 50 000. The plot is wrapped and she agreed to sponsor the treatment, giving the money to the doctor. It appears that she was not really rich but poor, ordinary tourist, who arrived on the Riviera at tourist voucher, winning it by buying laundry detergent or something like that. In the process, it becomes clear that she gave the 50,000 to Freddy of own money, selling a house and jewelry, because she decided to help to the poor paralyzed from pure altruism, reporting about which in private conversation to Lawrence. Learning this, Lawrence gives her 50,000 in cash and she leaves with gratitude. Half an hour later Freddy rushes to him and says that she was a deceiver, robbed him and he only just escaped from the closed hotel room. Both amazed at how deftly she carried them around the finger. After a while she returns to them with a group of wealthy tourists with a proposal of deal on which they can earn more than a million, and three of them start working together.
Last Update:April, 06th 2016