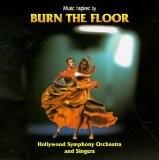 You wanted to visit the musical, instead you found yourself inside of a whirlwind dance! As if the best dancers from around the world gathered in this hall, at this stage, to show you the classical and modern dances, only some of which are ballroom dancing. Here we meet Latin, samba, rumba, flamenco, tango, swing, cha-cha-cha, and many others genres in the hall for a few hours. It's just a theurgical magic of dance, where emotions and tensions between partners have stepped on a new height. Where almost every move is delicious, clear, precise and passionate. Where the story is told in glances, gestures, passion. Where costumes and movements are beautiful and filigree. Where the bodies of dancers are beautiful, desirable and flexible. Where the audience wildly applauds the way the participants play – smoothly and magically – when performing their dance steps.

If you are a professional in the world of dance, you know all the rhythms, forms and movements that are inherent to a particular dance, then, visiting this musical, you get an incomparable pleasure from the dance extravaganza unfolding before your eyes. If you are a novice in the world of professional dance, like us, then you're just won’t have enough your breath watching the filigree movements of the elegance of dance, you will fall in the complete delight from the seductive bodies of all without exception members of this musical and will see how many electricity in their movements. They dance as if it affects their lives and the dance decides whether they’ll live or die. As if they dance for the last time in the life. Or even before the Last Judge in Purgatory, who will decide, following the result of their show – is it enough for eternal suffering in Hell, among the crowd of legless men, or it is good to Heaven of dancers where they are will be surrounded by the best representatives of their profession for the exchange of experience and the endless ecstasy of dancing.

Musical is nonstandard in having no plot. The second distinguishing feature – it goes on the stage, which can be viewed from three sides. Since the ensemble is large, about 40 people can be on stage and hiding such a great cast just behind the façade with 1 side would be wrong. So Longacre Theatre on Broadway was selected, where the configuration of the scene captures the whole beauty with a viewing angle of approximately 270 degrees.

The show is not specifically created for Broadway. Rather, Broadway and West End were only a step on the path of its life, albeit one of the most striking. The entire show attended more than 130 countries and 30 of them have been upfront Broadway. There it stayed only for two seasons, which is associated with the financial failure in ticket sales after two main dancers left a in a few months after the start of it, who happened to experience the disagreements on personal matters.

Despite this, Maksim Chmerkovskiy – one of the departed leaders – returned some weeks later. But the show did not show a significant breakthrough and it was decided to continue the show in other places, including national tours. In our opinion, this musical is one of the most remarkable in those emotions that stay with the audience after watching it and which you want to see over and over.
Last Update:April, 06th 2016