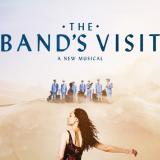 It is 1996, and through an error in pronunciation, the Alexandria Ceremonial Police Orchestra is stranded in the isolated desert town of Bet Havitka, Israel (rather than the city Petah Tikva, their actual destination). Without knowing the language and with very little money, the band members - led by conductor Tewfiq Zakaria - are welcomed by the locals, including cafe owner Dina and her two employees, Papi and Itzik. During this one night in a sleepy town where nothing much changes, the Egyptian band members and their Israeli hosts communicate in English (their only common language) and find their mutual love of music, whether traditional Middle Eastern ballads or American jazz and Chet Baker. Winner of ten Tony Awards and a score based in traditional middle eastern styles (with musicians planted all around the stage), The Band’s Visit appeals to the universal romance and passion people find in music, no matter where they are from.
Last Update:February, 27th 2019