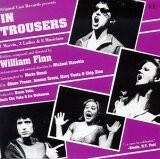 The director of this musical is Finn. The Show was staged twice – the first started in the end of February in 1979 (there were only 24 performances carried out) and the second in December the same year (showing eight more performances). Two productions were displayed with the same actors, among which there were the following: C. Zien, J. Green, M. Testa and A. Fraser.

In 1981, the musical was produced at Second Stage Theatre. In that version, Jay O. Sanders played the main hero – Marvin. Judith Swift became the director of the production, while Marta Renzi and Sharon Kinney created wonderful choreography. In 1985, there was another version of “In Trousers” created. The story was very similar, but several more songs were added. Thus, the list of the songs was almost twice longer than for the previous version. Besides, the characters became defined much better. The premier took place at the Promenade Theatre. In general, there were 16 performances of this version. Matt Casella was the director, while the actors were S. Bogardus, C. Cox, S. Hursey, and K. Garrick.

Original cast album is also available on CD. William Finn is considered to be a great songwriter. So, the critics thing that the album is absolutely worth listening. Some other additional musicals were created a bit later. They were focused on the observation of life of the main character. The creators were William Finn and James Lapine. The titles are as follows – “March of the Falsettos” and “Falsettoland”.
Release date: 1979
Last Update:March, 28th 2016