I Love You Because Musical Lyrics 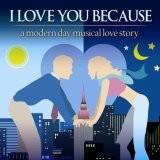 I Love You Because Lyrics

The plot of the performance is based on the book by J. Austen. The musical was created by R. Cunningham and J. Salzman. For the first time, the creators of the musical met at the university, where the idea to write music together came to their minds. Later, this music became the lyrics for the show. The first premiere took place in 2006. The actors were the following: F. Alvin, S. D'Abruzzo, C. Hanlon and D. Austin, with C. Balan & J. Leeds in the episodic roles. All the actors took part at the original version of the musical, which was also released in 2006. Florida became the first region of America, where the show was displayed. The performance took place in 2007.

The same year, there was the first premiere in London. R. McWhir was the director. The following actors took part in this version: D. Boys, R. Frame, J. Jacobs and D. Kurup. The Australian premiere took place in August, 2008. N. Firmin and B. Fischer became the directors. The show was also presented in Canada. The first version was created in 2012 with S. Roberts, E. Palm, V. Hunter & H. Smith in the leading roles. The second professional version has been shown in March of the same year. In addition, in 2013, the three-day display of the musical, which was prepared specially for St. Valentine's Day, was created.
Release date: 2006
Last Update:March, 28th 2016