I Love My Wife Musical Lyrics 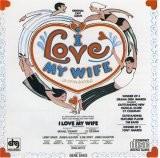 I Love My Wife Lyrics

Before the Broadway, production was in Philadelphia in 1977, and a month later, the production was moved to Broadway, in the Ethel Barrymore Theatre, where this histrionics successfully lasted for 864 shows, including the preliminaries, until 1979. Was directed by G. Saks, choreographer – O. White, and the actors were: D. Farrar, J. Naughton, H. Winston, J. Gleason, K. Bichel, L. Hilton–Jacobs, L. Baker, J. Sell, I. Graff, T. Wopat, M. Mark , D. Smothers, J. Saulter, T. Smothers & J. Miller.

J. Layton, combining the positions of both director and choreographer, during the preparation of the play had been injured as a result of a bad fall and had to be replaced by G. Saks and O. White.

Show on the West End was opened at the same premiere year of 1977, in well-known Prince of Wales Theatre. Histrionics staged there for more than 401 times. M. Stewart realized the libretto & lyrics, R. Urbinati was the director, and G. J. La Rosa performed the choreography. Actors were: C. McBurney, A. Cassese, C. Fletcher, B. Crawford, A. Rand, E. Maguire, B. Morss & D. Lafoon. Stage prop was held by J. Anderson & R. L. Conde.

Show format is designed so that it can be expanded to 3 or even 4 pairs in amateur productions, together with the number of musicians, amount of which in both major performances – on Broadway and on West End – were 4 people. What is interesting – they also played in the first scenes of the show, as part of the crowd, and then their small hankey-pankeys included in the course of the story and some of them even sang solos.

The subsequent openings of the musical, after 2000, were in New York in 2004. The production was notable for the fact that Lea Thompson played in it, which is most known for her roles in two films Back To The Future, where she played Lorraine & her two incarnation – both young & old. By the way, now she is 54 and she looks much prettier than she was with a make-up in the part 2 of the motion picture.
Release date: 1977
Last Update:March, 28th 2016