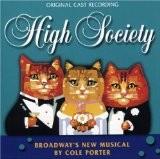 The plot of the musical is based on the book written by P. Barry. For the first time, the display of the show took place in 1997 in San-Francisco. The audience of the Broadway saw the musical only the following year. The performance lasted for 4 months. C. Renshaw was the director. W. Cliento worked as a choreographer. The actors were the following: M. Errico, D.McDonald, J. McMartin, S. Bogardus, R. Graff, L. Banes & M. Kudisch.

Besides Broadway, the premiere also took place in West End. It was created by G. Gregory. The performance was shown on the open air in Regent's Park in 2005. After the end of a tourist season, the musical moved to the enclosed theater and was performed till January, 2006. The following actors took part in it: K. Kingsley, G. Bickley, R. Jones, P. Robinson, J. McMartin, M. Kudisch, C. Redcliffe, J. Hall & J. Jordan. After that, the musical had a long break in performances. The newest version of the musical was shown in 2015. K. Fleetwood, R. Young, J. Parker, B. Flynn, A.Scholey, J. Rawle & E. Bamber took part in it. M. Friedman became the director.
Release date: 1998
Last Update:March, 10th 2016