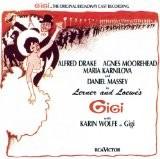 The novel "Gigi" was written in 1945 by Sidonie-Gabrielle Colette and TV version appeared in 1948. The novel was revised for a scene by Anita Loos 3 years later, and Colette has chosen Audrey Hepburn for the main role of the Broadway production.

The same named movie under Arthur Fried's producing business came out 7 years later. The movie received exalted comments from critics, after that it became extremely successful. It won the Academy Award for Best Picture and eight more awards. The premiere of the theatrical took place in 1973 in San Francisco, in Curran Theatre, after the constitutor of the Los Angeles Civic Light Opera, whose name is of Edwin Lester, requested the theatrical version of the movie. After the premiere round, it lasted a half of a year.

The same year the Broadway play took place at the Uris Theatre. 7 various previews were followed by 103 spectacles. Joseph Hardy was the director, O. White worked with choreography. Gigi's role was played by inimitable Karin Wolfe, and the role of her rich man admirer was played by Daniel Massey.

In 1985, show started with Daniel Massey also and lasted for 7 months. The upgraded musical appeared in 2015, under direction of E. D. Schaeffer in Kennedy Center's Eisenhower Theatre. The main part was played by Vanessa Hudgens.
Release date: 1973
Last Update:March, 09th 2016