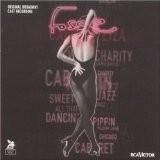 Chet Walker first came up with the idea of creating a musical based on the life and work of Bob Fosse (23.06.1927 – 23.09.1987, died from a heart attack at 60). Ann Reinking was his partner for the last 6 years of his life and fiery supported the creation of this revue, which was released in 1999. Study was launched in New York in the form of workshops, during which a large number of best-class dancers were hired. The Canadian company Livent performed preliminary rolling, as well as rehearsals. Running of the musical was started from the Canadian capital, publicly in 1998. The rehearsals were for 3 months totally and the first opening as the off-Broadway was carried out firstly in Boston, then in Los Angeles. Originally, the show was elaborated with duration of 3 hours and 10 minutes, but then it was decided to reduce and take off 40 minutes because it was excessively long.

On Broadway, production came in full force after 21 preliminary shows, where in the very beginning of 1999, at Broadhurst Theatre, the show was hosted. It came with a resounding success for almost 1,100 scheduled impressions (if to include 21 preliminary ones, it will be 1114). The director was Richard Maltby, Jr., but in many ways already mentioned Reinking and Walker helped him, as well as their assistants: G. Verdon (former wife of Bob Fosse, leading dancer), L. Sakakura (co-leading dancer) & B. Musgrove.