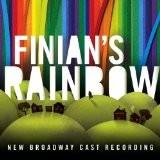 Production first opened on Broadway at the beginning of 1947, which went very well for 725 hits. B. Windust was the director, M. Kidd was responsible for the choreography and music was hold by two – R. R. Bennett & D. Walker. Actors were: L. M. Singers, E. Logan, A. Sharpe, D. Richards & D. Wayne. Last won a Tony Award and Theatre World Award. This Tony was remarkable in that it was the first one in the category of Best Actor for all time. There were also two more Tony awards granted to this spectacle.

At the end of the same 2009, Broadway experienced a full revival, which was closed after a season in the beginning of 2010. The reasons for the closing of show its creators named not very favorable financial situation in the world and on Broadway in particular, because during the 15 weeks of this histrionics, the fullness of the hall was 66% at best. One of the producers of the show tried to save it financially and to take it in a tour in Canada, but it never came true.

In 2014, in frames of Off-West End, another renewal took place, which goes so far, in the Charing Cross Theatre, moved there from the Union Theatre, where the opening was. Actors: J. Peters, A. Odeke, J. Horne, R. Walsh & C. Bennington. Choreography was by T. M. Voss, and the director was Richard Baker.
Release date: 1947
Last Update:February, 24th 2016