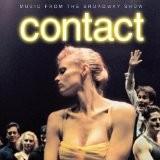 Susan Stroman has developed this musical, with the help of her husband, Mike Ockrent, together with the friend John Weidman. It was on Broadway, and Weidman wrote the libretto for this, if it notion applies to the concept of this musical, which is completely danceable, almost without words. Staged on Broadway and beyond its borders, it included three separate dancing acts, each of which was the exact size of one act. Stroman was also a choreographer & director for it in 1999 ÷ 2002. The premiere took place at the Mitzi E. Newhouse, in beginning of the fall season of 1999, in September. Before running, there were workshops, where the concept was finalized. After running, the show shifter to Broadway in March 2000 and held there for an impressive 1010 performances.

In 2000, the show received a Tony Award for the best performance of the season. At the same time, the very appearance of this show and this award has affected the fact that in the framework of Tony, had been introduced a new category named Best Special Theatrical Event, which since 2001 was given to unusual shows on Broadway, which couldn’t been characterized as classic musicals (they are containing lyrics, songs, music and dance). Here, of all 4 components, are only the last two, in connection with which the award was widely discussed as controversial.

London's West End has taken the show in Queen's Theatre, at the beginning of the fall theater season of 2002, in October, and continued it there until May of the next year. The international tour began in May 2001 and ended in Toronto in November 2002.