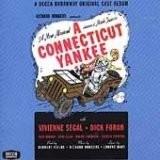 The original production was performed on Broadway in 1927 (originally published in 1889, and it was written by Mark Twain for 4 years, from 1885). His creation was repeatedly recognized as one of the best works of Mark. In addition to this musical, it has developed in a variety of options (books, movies, music, musicals, serial movies and cartoons) and it had set the notes of back-in-time storytelling throughout the following century. Its echoes can be seen even in the movies after 2000, for example, Hot Tub Time Machine 2 – the idea is not taken from the ceiling.

Subsequently, many independent options were so parallel with this musical that even creators had to deny that some movie or some play was a remake of their original musical. No wonder – stories are very alike.

On Broadway, the musical lasted for 421 shows that for 1927 was a gorgeous result. It survived a series of resurrections. Herbert Fields wrote libretto, Richard Rodgers was the director, and Lorenz Hart wrote the lyrics. His producers were L. Fields & L. D. Andrews.

The most famous of its resurrection was in 1943 and after 135 stagings it was closed in the Al Hirschfeld Theatre. The director was John C. Wilson, a roles were performed by such actors: R. Chisholm, V. Segal, Vera-Ellen & D. Foran. In 1955, it screens out its adaptation, where played B. Karloff, E. Albert, G. Sherwood & J. Blair. New York took the play in 2001.
Release date: 1927
Last Update:January, 19th 2016