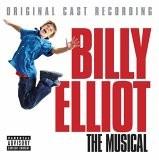 This production is one of the most successful on Broadway. It had many resurrections, interpretations, new productions and played in many places.

The film of the same name took USD 5 million at production. The budget of musical in London was over £ 5.5 M. It is a currently running musical (as of beginning of ‘16) and this year it will be so too. It started in 2005 & since then it has not stopped. David Furnish produced it.

Victoria Palace Theatre hosted it on the West End in 2010.

S. Daldry – the director, P. Darling – choreographer. Since the performances were every day, the main part was managed by 3 – L. Mower, G. Maguire & J. Lomas. Other roles went to H. Gwynne and T. Healy, who depicted, respectively, the teacher and the father. Ian MacNeil has done his designer work & Nicky Gillibrand was responsible for dressing. Rick Fisher figured out the light. The sound was made by Paul Arditti. The recording occurred in 2010 on the CD.

This play received several awards: Evening Standard, Laurence Olivier, Critics Circle, Theatregoers Choice. Many critics were singing odes to the show, saying even that it was the best in the UK for all times.

Billy was depicted by 100 actors (as of July 2015, that is, now their number is more). The musical also aired live in 2014. As much as 25 actors, who played Billy, performed also a special number.

Except of the UK, the musical went in Australia (Sydney, Melbourne), Broadway (with the same team of creators, as in the West End), went in US tour, won 10 Tonies out of 15 nominations for all the time, became the most commercially successful musical on Broadway, having sold only tickets on USD 20 million upfront. On Broadway, the show has lived for more than 1350 shows. And it were in a dozen more countries.
Release date: 2008
Last Update:December, 10th 2015