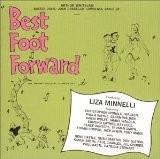 George Abbott, the director, has already worked before with Hugh Martin, who wrote to George several other musicals. He successfully replaced his other companions, who were unable to work while suffering because of personal injuries and drinking large amounts of alcohol due to this, which adversely affected the general tone of their efficiency. The basis for the musical was taken by one of the stories of John Cecil Holm, however, at that time it was not published yet. Holm also agreed to write a libretto for the musical that he successfully managed. While musicals about seniors on Broadway experienced considerable favor, it was decided to continue the trend. It has been dealt to hire freshly actors for high school students, whose faces were not famous yet, with no regular employment in other theater productions expected. Therefore, the risk that they will drop out during the project, exchanged it for the other, has been minimal.

The show was bright because it had a lot of positive choreography and good humor that sparkled brightly from all the actors. Many critics praised the show, noting how strong it was in everything – choreography, book & play of actors. However, some old farts noted that it was too much youth on the stage – but this is quite normal, because there will always be dull boredoms that won’t like something good.

For the first time it was delivered in 1941, and in 1943 musical had a spin-off in the direction of film with the same plot. Broadway saw the premiere at fall of 1941, after a successful test shows out of town. Choreography has been worked out by Gene Kelly, and a famous then actress Rosemary Lane starred in it. She was the most beautiful among her sisters, who began their singing careers as a quartet, then became a trio. There were 5 sisters, but the fifth did not enter the showbiz.
Release date: 1941
Last Update:December, 09th 2015