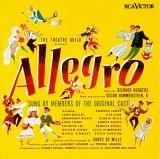 Richard Rodgers wrote music and O. Hammerstein II made the book & lyrics. These people have already collaborated in the production of musicals – this is their third work together. Opening on Broadway took place shortly after the end of WWII, in October 1947. The musical tells the story of life and mental anguish of a man named Joseph Taylor, Junior, who was born in 1905 and during the Great Depression initially worked with his father, but then he moved to the big city, where there was much more opportunities, which he abandoned, as a result of being thoughtless. In fact, many researchers give data that the Great Depression and the economic downturn of 2008 – 2012 are incomparable things – the second was much larger and more catastrophic. The ratio of positive news in the crisis of the 20th century was 3 positive to 1 negative, and in 21st C. there were 90% of negative. Therefore, this piece should be, as for us, rethought after the new realization of this musical – if any – suddenly will be played on Broadway again in the future.

The main problem, which is revealed in this piece, is a problem of conflict of little human and rapidly changing big world in which there are some opportunities, but you have to forget part of your old familiar world forever to take advantage of them. The play had a great success, but, as for us, is entirely dependent on what actors do on stage and how they sing. Because comparing the voices of many who have participated in this musical, to those who really have vivid voices allow immediately understand the difference in presentation of information, and how a viewer will be immersed in the performance.

The play was recognized by too many as too moral and distant from real life and after 9 months of Broadway shows, it closed (with a very small subsequent tour within USA) and very rarely came back to life.
Release date: 1947
Last Update:December, 02nd 2015