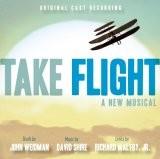 The music for the staging created D. Shire. Lyrics composed by R. Maltby, Jr. The libretto was written by J. Weidman. The first demonstration of the production took place in June 2004 during the Australian Adelaide Cabaret Festival, where the play was presented in a concert. In October 2004, the show was held at Manhattan, being at the stage of development. A director of the production was Richard Maltby, Jr. Choreographer of the musical was L. Shriver. The performance had such cast: K. O'Hara, C. Borle, J. Edgerton, A. Ramey & P. Cassidy. The world premiere of the show took place in July 2007 in London's Menier Chocolate Factory. The ended of the theatrical was in September 2007. This version was directed by S. Buntrock and the cast was the following: S. A. Triplett, I. Bartholomew, M. Jibson, S. Kenyon, E. Levey, C. Carter, E. Gower, C. Colley, J. Conroy, K. Hammarlund, I. Connigham & L. Pulman.

The American premiere took place in Princeton Matthews Theatre in April 2010. Designed in McCarter Theater Center, histrionics was exhibited before the beginning of June 2010. It was directed by S. Buntrock and choreographed by L. Shriver. Set and costume designer was by D. Farley. The show included these actors: C. R. Brown, J. Colella, C. Elder, B. Daye, M. Cumpsty, T. A. Horman, L. Gabler, M. Grandy, P. Waldman, S. Nash, B. Schrader & W. Youmans. In September 2007, the album was recorded with the participants of the London production. The musical was nominated twice on the Theatergoers’ Choice Awards Award of 2007-2008 season.
Release date: 2007
Last Update:July, 18th 2016