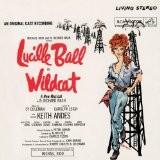 In 1912, Centavo City’s residents received good news – oil was found around their city. At this time, miss Wildcat Jackson arrived there with her limping sister. Women did not have a penny, but wanted to receive millions. Redheaded Wildcat hid her despair behind the mask of cheerfulness. She wanted to earn money to provide younger sister Janie with good dowry. Seeing the joyful pandemonium in the city, the woman said to residents – they have a lot of land for lease, where they could find oil. Wildcat decided to hire for a search for black gold the best foreman-driller Joe Dynamite, who recently returned home. The man said that he would cooperate with Miss Jackson only if she could prove her land rights and provide him with a team of workers. Having neither one nor the other, crafty person, however, assured the foreman – he'd get what he wanted.

During a conversation with his young friend, Mexican Joe, Dynamite admitted that he hoped to find a girl and make his home. Wildcat and Janie met with impoverished countess Emily O'Brien, continued steadfast in the memories of her bygone greatness. Aristocrat liked energetic persons, and she invited the sisters to live in her house. Wildcat admitted countess – they needed money to find a husband for Janie. Soon Miss Jackson found out that unsociable hermit Sookie had ten acres of land outside the city. When she spoke to him, he expressed doubt that she would be able to cope with a team of men. Because of this, Sookie refused Wildcat to develop his land for half of the profits from the oil found. Angry lady saw the passing-by workers and at once convinced them to hire on her service. Impressed hermit gave a woman green light to drill.

Joe said Dynamite that he would not work with Wildcat, because there was no oil on her land. Not even helped women's tricks, on which a stubborn person decided to go. Angered, Miss Jackson began to act differently. At that time, her sister met a young Mexican Hank, who was a friend of Joe. The young man began to teach Janie dancing despite her limping. Deciding to influence the foreman with rigid methods, Wildcat has involved the sheriff to the case. She said to him that Joe allegedly killed the man during a fight in another city. After that, the man was arrested. The woman acted at his defense and made the accused foreman to be released. Joe joined the search for oil in the land, which Wildcat leased from the hermit. Building a camp on the drilling site, the men began to dream about what they would do if they would find black gold.

During festive fiesta, paid by Joe, Wildcat decided to look elegant. All her efforts to impress the foreman were in vain, but the Mexicans were able to cheer up the sad woman. The rig was built at the site the next day. Soon Joe learned that the man, with whom he had a fight in another city, did not die. Angered at Wildcat for her lies, the foreman said – oil will never be found on this site. Upon hearing this, drillers refused to work for a woman. Left alone, Wildcat was completely devastated. In the evening, Joe went back for his property. Surprisingly, he found that all his dynamite was missing. It turned out a woman threw the pieces into a drilled hole. Joe managed to convince Miss Jackson to evacuate from dangerous tower only after the recognition of his own feelings to the former boss. When the explosion occurred, an enormous fountain of oil broke out of the earth. He brought a lot of joy to Wildcat and Joe.
Last Update:July, 27th 2016