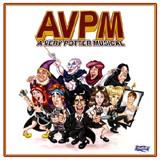 A parody musical is an adaptation of several novels in a series of books about Harry Potter, written by J. K. Rowling. This production was the second production by the students of the University of Michigan, who created their theater company ‘StarKid’. Taking as the basis the story of the most famous characters of children's literature of the XXI century, the brothers Lang and B. Holden wrote the script. They were able to squeeze into the musical a significant portion of the entire storytelling about a young wizard and his friends. Music tracks can be attributed to the rock style. A. J. Holmes and D. Criss managed to create very catchy melodies and humorous lyrics. Fans of Harry Potter appreciated the parody histrionics very much. Despite the distinct American humor in the musical, life of the characters is shown with a kind irony. The production cannot be called satire. On the contrary, it is clear that the creators of the production themselves are very fond of stories about a boy, and were trying to express their feelings in an entertaining way.

Thanks to the Internet, student’s brainchild has become famous around the world. Musical’s millions of views on YouTube showed that love for the heroes of J. K. Rowling did not disappear after the writer has made a brake in a series of novels about Harry Potter before starting her new series about mystical creatures. The audience appreciated the show a lot. They particularly noted the excellent cooperation inside the trio of D. Criss, J. Richter and B. Gruesen, performing the roles of Harry, Ron and Hermione accordingly. Also, the audience was impressed by L. Lopez, who played Draco Malfoy. Tantrums and whims of this character were remembered by many viewers. It felt that the creators decided not to limit the staging only with Harry Potter characters. The lion transferring Albus Dumbledore in the other world was very similar to the character of Narnia stories. Also, the writers decided to emphasize the non-traditional orientation of Hogwarts’ director. Due to the success of the first musical, its directors made two continuations about Harry Potter’s life. These shows have also made a great impression on the audience and critics. Grotesque images of characters allowed creators to sneer at their favorite characters, not falling down to the coarse jokes. Magic inherent in books and films about Harry Potter, of course, penetrated into this performance too. The fans of the works of J. K. Rowling can once again dive into the extraordinary world of witchcraft and wizardry.
Last Update:August, 11th 2016