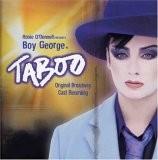 This spectacular shows the era of the New Romantics. This movement arose in opposition to the culture of punks and new wave. Boy George was a brilliant representative of the club movement. All the action is steeped in the atmosphere of this sub-culture that spawned the grotesque and striking forms.

The young man, who came from the province, is naturally attracted to such a full-life experience. Life, which has one goal – is to enjoy everything and all the time. Hedonism was the main motto of the new romanticism. The musical concludes constantly visible conflict – between traditional family values and gender relations, as a mom and a friend of the protagonist – on the one hand, and the world of androgens, where the concept of gender is blurred and the traditional attitude to males is scornful and condescending – on the other.

Who will be interested in this histrionics? Perhaps, young people, leading the club lifestyle. People who are addicted to the 1980s music in the style of Nu-Ro, and for whom the names of such bands as Duran Duran, Culture Club, Blitz Kids are not an empty sound. For lovers of bright shows, music, gorgeous costumes, acting – it definitely worth a look. Even without knowing the language, after reading the libretto, you would be interested – actors intelligibly convey the emotions of their characters. And of course, fans of Luke Evans must see him still quite young, in one of his first acting jobs. Quite good vocals, sensual acting – all gives out a future celebrity in him in this piece.

The musical constantly promotes the idea of dissimilarity to other people. At the end, there are words that life is a struggle, but that does not mean you have to be rivals with everyone all the time. Better to be lovers. Everyone is free to understand this idea as he pleases. The spectacular had good reviews in the British press and the high level of the cast. It does not have some sharp social orientation, but has the festive atmosphere and nice music. Who cares about creativity of Boy George – one will hear the new songs written specifically for this musical.

And although the whole musical’s atmosphere is saturated with Nu-Ro and the characters live bright and fun, after watching, it feels a little sad. There is no sense that the characters dressed in futuristic attires, living only for themselves, are in contrast to the way of life of other happy people. Their living, after all, is not better than one of the others.
Last Update:July, 18th 2016