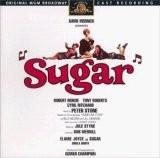 The musical is an adaptation of the famous American film of 1959 ‘Some Like It Hot’ with inimitable Mrs. Monroe. The original picture was loosely based on the French film of 1936 ‘Fanfares of Love’ and its German remake of 1951 and the second German remake of 1953. The film became a legendary milestone in the American film industry. With great difficulty, breaking through the barriers of ethical committees and lots of hesitations and various obstacles, the film has reached the cinemas screens. The participation of talented actors and unconventional plot ensured the success of this comic movie. After 13 years after the creation of the film, it was adapted as a musical spectacular. According to critics, the show was the weakest performance of composer J. Styne. Production lasted on the stage mainly due to the excellent acting of Broadway’s veterans – R. Morse & C. Ritchard, as well as not boring plot of the original motion picture. After the closure, this histrionics was quickly forgotten. The only song that became known gave its name to the play.

After 19 years from Broadway’s show closure, British producers have decided to make a new version of it. They used the name of the original picture to attract more attention to their brainchild. In an attempt to revive public interest in the performance, in 2002 began the North American national tour. The main star of the production was the 77-year-old Tony Curtis, who played there a role of Osgood Fielding, Jr. According to critics, even a weak voice of actor who expounded his text intoned, did not prevent him to realize a bright image of the old lecher on the stage. This was the main difference from the original movie, where a fan of Daphne was shown just as the elderly eccentric ladies-lover. All the attention audience gave to Mr. Curtis, not noticing the good work of his partners in musical. Nevertheless, Arthur Hanket and Timothy Gulan managed to get used to the unusual images of runaway musicians, showing the maximum of their comedic talents. Jodi Carmeli perfectly embodied the image of Sugar. The only problem was that the singer had the voice of a Broadway diva, which was not consistent with the original vocal data of Marilyn Monroe.

Another reworked version was set in 2010 in Elmsford, New York, USA. Upgrade of the performance was the fact that the producers decided to show through a musical a set of the film ‘Some Like It Hot’. Enough interesting idea could not successfully embody on stage and it hasn’t add life to the production. Reducing the duration of dance numbers also played a negative role. According to critics, directors have paid too much attention to recreation the atmosphere of shooting a movie, forgetting that they were doing a musical show.
Last Update:July, 13th 2016