Star Is Born, A review 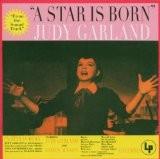 Star Is Born, A review

According to many critics, the picture in 1954 is one of the best music films ever produced in Hollywood. For her role in the film, Judy Garland has been nominated for Oscar. When this award came to Grace Kelly, the majority of the audience considered this choice wrong. The picture has not received a single Oscar, although has been nominated in six categories. But both leading artists won the Golden Globe Award. Director G. Cukor was invited to become the director of this film in 1937, but he refused then. According to the filmmaker, its plot was too similar to his other picture. When 15 years later on the same subject he was approached by S. Luft, G. Cukor agreed to take the director's chair. The film was the first color film in his career.

The drama reveals the mystery of the relationship between Hollywood filmmakers and actors, as well as personal life and the problems associated with excessive popularity of superstars. The film shows the sincere feelings and sacrifice of the man in the name of a person dear to him. Many Hollywood actors experienced the problem of alcoholism. Revealing the ugly inside story to the audience, the authors have shown a number of situations constantly arising in a real cinematic environment. The American public appreciated the work of the creators very highly, although in the box office film was almost unprofitable.

This is also was the last work of Judy Garland – in the future, she was no longer proposed to star in movies. Drug-addicted actress died of an overdose in 1969. At the funeral, James Mason – her co-star in 1954 – made a last speech. Their roles almost like in mirror reflected in reality. The famous actress was unable to cope with huge popularity, ruining her life and career. Musical drama entered the American Heritage Foundation – it was officially deposited in the Library of Congress. Songs from the movie entered the ten best numbers ever created for the movies.
Last Update:July, 13th 2016