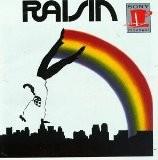 The place of action of this staging is in Chicago. It is the year of 1951. An African-American family is in the center of the plot. It consists of a mother, a father and his mom and their little son. All of them live together in an extremely small flat. The man works as a chauffeur, but he still hopes for a better life after getting his father’s insurance. He has a plan to purchase a liquor store and become a wealthier man, but his mother is strongly against the idea of selling alcohol. She in her turn dreams of buying a house for the family. This difference in purposes makes tension between them. They have various points of view on how to spend the money, which was left by his father.

Despite his mother’s disapproval, the man signs a contract together with his two business partners. The main character also has a sister, who is in college now. She falls in love with a student, who has come from Africa. The mother of the man announces that she has bought a house, which is located in the district full of white people. Her son is in rage because of her actions and he leaves their apartment.

The woman is looking for her son and finally finds him drinking in a bar. She gives him both her apology and an envelope with a big sum of money. She offers him first to pay for the sister’s education and then take all the rest of the cash and spend it the way, he considers right. The white man comes and proposes to purchase back a house, the old woman has bought from him. One of the partners of the main hero appears to run away with the money. This fact makes the man to accept the deal and sell the new house. His sister argues with him, as she thinks that he has no principles, while their mother understands the situation and approves his decision. By the end, the family decides to move to a new house, despite all the difficulties.
Last Update:July, 12th 2016