Queen of the Mist review 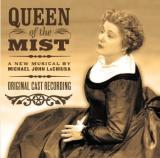 Queen of the Mist review

This is an interesting story, which is based upon true events. The achievement made by this outstanding woman deserved an adaptation on the stage. And the performance turned out to be successful. From the first display, it received positive reviews from both audience and critics. Some of the critics called it odd and esoteric. But they still admitted that this show is unusual, beautiful and that it breaks the pattern.

The cast and the crew members, who have created the spectacle, are extremely gifted. The leading composer Michael John LaChiusa is a prominent person in the field of music for esoteric shows. He is also a nominee of Tony Awards. He won an award for this musical as well. It was Frederick Loewe Award in 2012. The songs for this play are utterly beautiful and tuneful. Each composition is in harmony with the storyline. Listen, for example, the song of the leading actress, which has already been called a self-empowerment anthem.

Actors were perfectly selected. It is necessary to mention the leading actress. Mary Testa is good not only at acting, but also in singing. Her voice is marvelous. She is also a two-time nominee for Tony Award. She is popular for her early roles in “In Trousers” (in 1979) and the first part of "Marvin Trilogy”, both created by W. Finn. The actress has frequently worked with the composer of this show as well. Her roles in Michael John LaChiusa’s creations include “First Lady Suite”, “Marie Christine” and some others. Her acting in this musical is outstanding. All that a viewer can see is her beautiful costume, sparkling eyes and, of course, her voice. Even though her heroine had a kind of tragic fate, as she died poor and forgotten, Testa managed to make her funny and sensible. It was reached thanks to her talent in comedy. Her visual look also made the heroine much more attractive. Testa brought the staging another nomination for Lucille Lortel Award in the category of the Outstanding Lead Actress. The other performers, such as Andrew Samonsky and Julia Murney make the whole performance more alive.

The staging itself is unique and unusual. You will not see lots of decorations and secondary actors. All you see is Testa in the center of the show, six other supporting performers and the orchestra, containing violin, pianos, woodwinds and cello. There is also a bathtub and a bed on the stage. But despite such minimalism, the musical makes us love it. The sets are perfectly used in order to reflect the journey of the main character in the limited space. Sandra Goldmark turned to be a gifted designer.

The visual look of Testa deserves the attention as well. Her dress and hairstyle match her character best. From the very beginning, you can see that she is not like all the other ordinary actresses in the leading roles. Sometimes you can’t help waiting something funny for her, as she is a comedian actress. But her acting appears to be very concentrated on the image she has – her black dress, tight corset and grey hair – everything helps to create the necessary atmosphere and impression. K. Rohe together with the assistant did their best. Everything in this musical deserves our attention and praise. You will see s true story, framed by excellent decorations, gifted acting, singing and dancing.
Last Update:July, 08th 2016