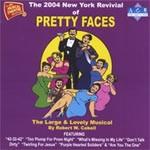 This production attracts the audience by its simplicity. It is an unusual thing, as only plus-size women are featured here. But all of them are remarkably pretty. The staging is witty and gutsy.

The main part of every spectacle is the music, which is absolutely marvelous. Robert W. Cabell has created perfect compositions, which magnificently intertwine with the plot. The audience likes them from the first second. People usually say that they are short and exciting at the same time. Voices of gifted actors and singers make them even more amazing. The words in the songs are sometimes extremely funny. They make a viewer laugh. We cannot dislike the heroines. Despite the fact that they are plump, we are delighted with them. We observe their transportation throughout the production. The main character is just like Cinderella. She gets pretty step by step. All the women start looking attractive and sensual. They are not just fatties anymore. The viewer sees their other side and is enchanted by it.

The world of glamour is presented on the stage. This fact demanded costumes and decorations to be mesmerizing. And the designers managed to fulfill such task. Look, for instance, at the dress of the girl from the south. It is not extraordinary, but it reflects both her charm and the place, she has come from.

The cast deserves our attention as well. The women are really talented actresses. They are able not only to act and to sing, but also to dance. The one, who was responsible for choreography, did a wonderful job. The movements are not too complicated, but they are nice and charming. Each of the girls in the production shows her best qualities and features. This musical received positive reviews. The audience absolutely loved it. That’s why it deserved a revival in 2005 in New York. A bit earlier, in 2004, the show also won a reward at Musical Theatre Festival, which proves its popularity and success. The staging is full of energy. We can even feel it while watching. Probably only those, who prefer to see typical characters, will not like it. All the rest should give it a chance by all means. Beautiful dances, gifted and cute actresses, creative and funny songs, pretty costumes – all these things make the musical worthwhile.
Last Update:July, 06th 2016