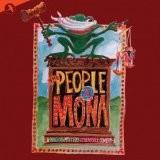 The plot of the musical is the product of the writer D. Maass. Originally, the play was called ‘Tippo: Tale of a Tuneful Town’. Its development was performed in 1999 by ASCAP Foundation / Disney Musical Theatre Workshop. The first staged reading of the theatrical took place during the Berkshire Theatre Festival, which took place in Massachusetts. After receiving good reviews about the play, the authors decided to carry out its production in California. In the future, the musical has been re-worked. Creators also changed the name of the play. Californian version caused various reactions from critics. Noticing some absurdity of the plot, they focused their attention on the ease of musical numbers of the show. Many reviewers noted that the histrionics’ songs seemed very fun and beautiful. Music was not spoiled even by the lack of deep meaning in the lyrics. Some critics did not like such a frivolous attitude of the creators to their work. Other reviewers, on the other hand, were happy to visit the show, where they could have a good laugh. Though most of the audience appreciated this unusual piece.

The staging was made using different styles of music – jazz, blues, country, folk, gospel, rock etc. J. Wann decided to use satire to show viewers customs of the inhabitants of small American towns. But the composer wasn’t rudely making fun of the shortcomings of the native society. Soft irony did not allow anyone to feel insulted. Because of involvement of not more than 7 actors on the production, a small company can cope with it, even members of school groups and professional theater artists. As planned by J. Wann, all roles can be performed by artists who were involved in the production of the play. The composer called this style ‘guitar theatre’. Previously, J. Wann has created such musical on a similar basis. It had great success with audiences and critics.
Last Update:July, 06th 2016