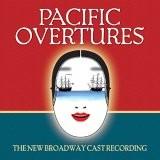 July 1853. While in foreign lands were created machines & went wars, the Japanese people lived in a closed world from aliens. The American president decided to start trading process with Japan. He sent one of noblepersons General Perry to conclude an agreement with that country.

Troubles began with the going back of Japanese fisherman, who grew up on a different continent. At the age of 14 years, Manjiro shipwrecked, he was rescued by people from the USA. Having lived in a foreign country, the Japanese man decided to return home to see his mother. When the fisherman tried to warn Lord Abe on US military ships in Okinawa, he was imprisoned for communicating with aliens.

Uninfluential samurai named Kayama was appointed as police prefect in Uraga county. Before him was set the goal to get rid of the aliens. The man left his wife to perform this task. A woman was heartbroken, because she felt that Kayama isn’t able to expel the Americans. When the prefect went to foreigners, they refused to talk – his position was too low for them. Kayama decided to connect Manjiro to the case, since he has dealt with such people before. Pretending to be a big person, fisherman received a message from Commodore Perry. American said – his meeting with the Shogun must be held within 6 days, otherwise the ships will begin to bombard the city.

After receiving an ultimatum, the Japanese Shogun has refused to take responsibility & did not take any actions. Irritated with such indecisiveness, his mother poisoned him. After the death of the shogun Kayama, has been developed a plan that allowed the Americans to land on the Japanese coast. They had to pass through, not touching the ground with feet, in the building located above the ground. Soon Kayama with Manjiro went to his home. Prefect saved his country, but he lost his wife. Not enduring grief, his spouse committed suicide. The old orders began to change. Men have seen how a brothel hostess instructed geishas – she wanted Americans to become her customers.

Commodore Perry with his people have landed on the coast. They gave gifts to the Japanese representatives. The talks that took place between parties, saw a little boy sitting on the tree – but he couldn’t hear a single word. This discussion heard samurai hiding in the building. After the talks, the Americans sailed away. The young emperor granted subordinates with rewards for getting rid of the aliens. He appointed Lord Abe as Shogun, made Kayama governor of Uraga & bestowed Manjiro the title of samurai. Suddenly, the Americans returned & demanded the conclusion of a trade agreement between the countries.

After 15 years, two men dressed for the tea ceremony. Manjiro clothed oneself up in traditional Japanese attire. Kayama preferred things made in the opposite style – coat, bowler hat & a pocket watch. Due to the opening of the ports, on Japanese land began to happen crimes involving foreigners. Three British sailors stuck to the samurai's daughter, considering her geisha. When a girl cried out, her father ran to her rescue. He cut down one of the sailors. Reporting Shogun about a crime incident, Kayama had witnessed the murder of Lord Abe. The man suffered the same fate. It did Manjiro, his former friend. After the death of the young Emperor, Shogun Manjiro became the sole ruler. He vowed that the country would change. Now Japan is happy to see any foreigners.
Last Update:July, 06th 2016