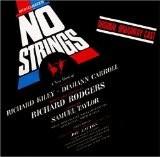 The romantic story about the relationship of a black mannequin and white writer was created at a time when there was the struggle for the rights of colored people of America. The author of musical evaluated the abilities of the singer Diahann Carroll (she is still alive & 80 y.o.) before writing the script of the play. She has become his muse. The plot did not depend on the color of the skin of the protagonist. The basic idea of the musical was that true love is ready for any sacrifice for the sake of happiness of a beloved one. A girl let go of the writer, knowing that he can create only being home. Fashion model was also aware that the American society is not yet ready to see the relationship between people with different skin colors. The main character has decided to stay in a European country, where she was treated as an equal.

Despite the undeniable talent, leading actress also had to deal with the restrictions associated with her skin color. Thanks to musical, Diahann Carroll gained well-deserved popularity – singer’s talent was appreciated by both critics and the public. Leading actors asked to change the ending of the show – they wanted the mannequin and writer went to America together. But the authors of the piece were not ready to fight the public opinion. They knew that the audience could in this case not accept a musical. The love story of black woman and white man will be percepted normally only if it will take place in a European country. Europe was considered as the region where people were more tolerant and progressive at that time. Transferring the plot on the American continent meant to invade yet restricted area of race relations. The creators were not ready for such, so the lovers parted at the end of the play.

This musical was the first work that Richard Rodgers wrote after the death of his permanent creative partner Oscar Hammerstein II. A romantic story was highly appreciated by the audience. Leading actors organically looked in the roles of a loving couple. Their voices blended perfectly, harmoniously fitting into the characters. Despite the passed years, the musical is still interesting for the beholder.
Last Update:June, 25th 2016