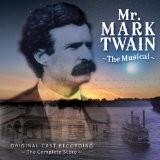 The musical tells the story of the famous American writer Mark Twain, to the pen of which belongs a number of famous works, including The Adventures Of Huckleberry Finn. The action begins with the moment when Twain comes to his summer cottage Quarry Farm, located in Elmira, New York. He immediately meets with his audience & tells the people how come he was so far from his native Missouri. Speaking of the past, the writer often draws parallels with his books. In particular, Twain recognizes some similarities between himself & rebellious Tom Sawyer – the protagonist of the author’s novel. The novelist said that his happy childhood was over after his father's death. Being young, Mark had to get a job, to ensure his living somehow. After graduation, the protagonist gets a job as the Mississippi River Pilot. Viewers see the young Twain, originally known as Samuel Langhorne Clemens, traveling by boat on the southernmost part of the country.

The Civil War led to a very fast conclusion of Twain's career on the river. Within a short period, he joined the squad of Confederate militia. The protagonist shortly stays in the role of the military man. It is because of the fatigue caused by constant retreat, as well as his personal aversion to killing. Writer gets a job as Alta California newspaper reporter & is assigned to carry out the so-called tour of pleasure abroad. The main task of the last – to tell the readers about the most interesting foreign locations, where it is possible to relax.

Twain build expensive & picturesque house in Nook Farm, Hartford. The house was located on a small hill. Just below it, there is a small pond, which freezes in winter totally & thus inspires the writer to compose poems for The Skating Madrigal. Most part of the summer of the main character in Hartford passes in writing texts & having various kinds of entertainment. The greatest joy for Mark is to collect all the family in the evening on the porch & to read his pages, written during the past day. But the happiness of the writer suddenly dissolves, when due to a series of ill-considered investment, he becomes a bankrupt. In order to save costs, Twain brings his family abroad. He has to separate for a long time with his beloved daughter, because she had the opportunity to enter to the local college to study on the prestigious specialty. Mark goes on a long creative world tour, which is destined to improve his financial situation somehow.

Completely free from debts he becomes only in sixty years. The writer returns home as a hero, received international recognition as a writer. His love to wife Livy as strong as never before. It is expressed in the joint scene, when Twain recognizes the enormous contribution made by a woman in his success. But, unfortunately, Livy becomes ill very much & her health is deteriorating day by day. Hoping that the warm climate of Italy would be able to help the beloved, main character builds a house in Florence. However, heart disease is stronger & Livy dies at the hands of Mark. Writer tearfully recalls a song he sang during the dating with his future wife: it was the song Swing Low, Sweet Chariot. At such a tragic note, the story ends. Mark told the audience not just the story of his creative successes, but the story of a lifetime, which is filled with a joyful & dramatic moments.
Last Update:May, 16th 2016