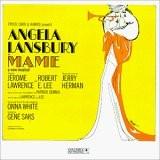 It is difficult to define right away the genre of this theatrical. On the one hand, this is dramatic story, telling about a very ordinary, but at the same time a very strong woman. On the other hand, this production is full of comic moments, running in the dialogues, expressions of the protagonist, and so on. If you look deeper, you can even see the presence of distinct elements of satire. In this respect, great talent of creators revealed, along with director, who managed to unite harmoniously within the framework of his creation all these directions.

We can see that on stage creators and actors receive a real pleasure showing off luxury. It manifests itself in everything: costumes, scenery, the manner of communication. In the air as if the spirit of bohemian life flows. It would seem that the events described here happening against the backdrop of the Great Depression and lasted until the beginning of World War II. But on stage the audience does not see any traces of destruction, poverty, or moral depression. Everything is exactly the opposite. Many theater experts consider this fact the most controversial element of this theatrical. Nevertheless, it is recognized that such an interpretation of the events has the right to live and it looks very ingenious.

Qualitatively developed characters – another strong point of the considered spectacle. Throughout all length, viewers have seen many colorful characters. Some rapidly gain the love of the public, while others cause mixed feelings. But the most important thing is that no one remains indifferent. The singing fades into the background, giving way to the acting. A. Kansbury, B. Arthur & J. Morgan – all brilliantly performed their roles, earning a number of prestigious awards & love of their audience. This theatrical is one of the most unusual histrionics in its ideas. It has everything to intrigue the audience with unforgettable experience.
Last Update:May, 16th 2016