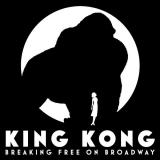 Let’s get this straight: It’s all about the puppet, stupid.

The main attraction of King Kong, now officially open for awestruck audiences at the art deco Broadway Theatre in New York City, is naturally the much-anticipated 20 foot tall, 2,000 pound wonder of the world that’s been shipped in from Australia for all of us to admire. And it doesn’t disappoint. Except when it does.

Critics, of course, will lament the death of our musical tradition (yet again) with the eruption of King Kong onto the sacred Broadway landscape — as they’ve done each time someone innovates to appeal to a wider swath of the paying public. And rightly so. With Disney firmly entrenched, Harry Potter raking in the dough on 42nd Street and now the addition of what feels like a Universal Studios attraction setting up shop, the worries are not misplaced. Times Square feels more like Orlando every day — except you can walk from each attraction and can still feed a family of four for less than $300.

Set in Depression-era New York City, this musical’s songs and lyrics never truly inspire, partly because there’s no need for it to be a musical. The only character who really has anything of value to express is the titular star — but thankfully he’s not conscripted into bellowing a melody as well. So as the talented cast frantically tries to upstage the coming attraction, we are all left waiting to marvel at Kong. When his fangs are first seen high above the stage, it’s actually fearsome as he emerges from the shadows. There are other smart moments — like when the stage becomes the boat that takes everyone to Skull Island — but mostly it’s just so much set-dressing for a big hairy beast to make his entrances.

The decision to make the Fay Wray character Ann Darrow (Christiani Pitts) into a liberated woman seeking success in showbiz, rather than a damsel in distress, was well-intentioned — although it doesn’t solve the perennial core problem of the King Kong storyline. “At least I’m not some man’s property,” Darrow sings in a song titled “Queen of New York,” but her main love interest remains a hairy ape, a queasy pairing no matter how hard the entertainment industrial complex tries to make it seem “normal” with some Beauty and the Beast rationalization. She’s given terrible lines — like, “You just bring me up here to show me around? Give a gal a drink, show her your apartment. Well, aren’t you the ladykiller? Not literally I’m hoping” — while also making jokes about setting up house in his skeleton-strewn cave. Plus, she never gets to have a blood-curdling scream. Instead she “rooooaaaars” — but who cares? Leave that to Katy Perry.

Ultimately, I found myself torn between admiring the craftsmanship of the creature (designed by Sonny Tilders and “movement directed” by Gavin Robins) and the extreme endurance and pluck of the 14 puppeteers operating it and being disgusted by the fact that the producers and director and everyone involved don’t trust the savage beauty and aesthetic force of their wonderful creation. Rather than let him command attention just by his sheer hulk and majesty, they conscript him into sequences with so much digital complexity that at times feel like Donkey Kong ground through the Matrix movie machine. In Act 1 he begins to run, and then fly? And later he rampages through the streets of Manhattan, and we’re left anticipating Rampage’s Dwayne Johnson to show up for a cameo.

The last time Broadway saw such virtuosic puppeteering was War Horse, another gorgeous production with a saccharine story, that time about a boy and his horse. The Handspring Puppet Company based in South Africa was able to breathe life into almost-skeletal puppets that trotted and whinnied on stage. Kong is, of course, nothing like those elegant steeds. Rather, he’s two stories tall and two tons. He may be monstrous, but there’s something magical about seeing a huge creature bellow and snort. After being inundated with CGI magic, we long to have that frisson of fear in a live environment. It’s why I refuse to completely discount King Kong as a theatrical production — it satisfies so much of what audiences want when they go into a dark room with hundreds of strangers, seeking transformative experience. The show fails when it attempts to do too much — just let the magic happen, don’t mess it up with too much techno wizardry.

Most confusing of all is the climactic, triumphant ballad “The Wonder” that Darrow and company sing after Kong is killed and falls from the skyscraper. Rather than have her come to terms with what she hath wrought, we are suddenly confronted with an enthusiastic uplift number that sounds like a Christina Aguilera power ballad that came out of nowhere. Why does Darrow sing: “We didn’t know that love would/Shine through/The wonder of you top of the world/You must have seen a little girl/That gave ev’rything to/The wonder in me…” We may never truly understand beyond the need to have a potential pop hit that could find its way to streaming sites. At least during the curtain call, we get another glimpse of this wondrous creature. That’s all we wanted anyway.