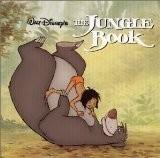 Known to all from childhood fairy tale about a little boy, the son of an ordinary woodcutter, who got lost in the inhospitable jungles, full of dangerous creatures. But the boy is found by friendly panther Bagheera, deciding to send a human child to education to wolves. The kid grows and strengthens, becomes an adult and happy member of the wolf herd. Wit and courage of boy help him to survive in the harsh world of the jungle concealing much more serious dangers than Mowgli could ever imagine.

Careless bear Baloo teaches him and other grown cubs to laws of the jungle, Bagheera & flock protect human baby from the most terrible predator in the jungle: a man-eating tiger Sher Khan. Many adventures and amazing stories take place in the life of a young "wolf". He learns to speak the languages of all the animals, met with different inhabitants of the forest, make new friends and enemies. But once Sher Khan returns to kill the boy, whom he hated all these years so much. And then the wolves and Bagheera decide that they need to take Mowgli to the human village for the sake of his security. On their way a lot of adversity and challenges arise, hard road only gets harder when Mowgli’s enemies are trying to destroy him come what may. He was stolen by the monkeys and dragged away to the ancient city. A huge constrictor Kaa even was trying to eat a boy, and somewhere among the thick foliage hides huge tiger walking on the trail.

The boy probably does not even understand what dangers surround him, but this does not prevent him to fight them, to go against the circumstances and be victorious from every battle with fate. They reach the village in which parents of Mowgli after so many years will recognize their child. For a long time the boy learns to lead a human life, but every day he is longing for own friends left in the jungle. Human language is surrendered to Mowgli easily. He becomes a simple shepherd in the village and looks after buffalos’ flock, when loyal wolves run to him and say that Akela, his wolf-father and leader of the herd, became too old and the younger and evil wolves, who do not like Mowgli, try to move him. So the guy comes back to help to family that raised him. On the advice of wise Bagheera, Mowgli takes fire from the village and stands on a rock when Sher Khan appears.

Brave boy singes the skin of the animal, Khan runs away, and the place of the leader is still after Akela. Mowgli returns to the village for human life, but here he is waited by troubles. Sher Khan, who has recovered from burns, attacked the village, but Mowgli defeats and kills his archenemy. The hunter, who saw it, decides to take fame and money for the murder of the man-eater, but Mowgli does not allow him to do that. After this, his family becomes in trouble: he was proclaimed a werewolf, and his parents – wizards. They found a way out and a new shelter in the settlement of the British, and the Mowgli returns to the jungle to take revenge.

He sends the wrath of the jungle, where each animal after the death of Sher Khan admits Mowgli as a lord and master of the forests, and destroys the village that had betrayed him. After retribution, Mowgli returns to the parents to live a normal human life, but he never forgets the jungle rhythm, hammering along with his heart.
Last Update:April, 19th 2016