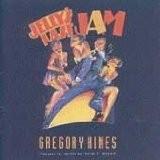 This musical is very lively and dynamic, despite its plot. Biography of Morton served nice and colorful, it is obvious that this theatrical will be interesting to fans of classic jazz music and the history of its establishment at a time when the streets were filled with blues. The expressiveness of the protagonist, played by the representative of mixed race – actor and choreographer Gregory Hines, his charisma and the activity on the stage attract the eye, and good jazz music composed for the most part by Morton himself, only completes the picture. All this is based on empathy of the viewer, the ability to plunge into the atmosphere of the early years of and mid of twentieth century, letting the beholder to imbue with the colorful life of the famous musician of those times.

Perhaps his life not really teaches us nothing that could books or movies reveal, but the story itself has value. The ability to give up the pride, stepping through it, and to recognize not only the perfect and unique personality, but also a person, who honors his culture above all. During the year and a half, the history has managed to attract the attention of many spectators, leaving a good impression on this project.

The decision to love or to hate Jelly Roll Morton is adopted by everyone, but his whole life, thoughts of work, and his genius was promulgated in these musical numbers. For fans of his work, it is an ideal opportunity to learn idol much closer as possible. Colossal work of Gregory Hines should be noted, who simply did amazing choreography, for which he was noted repeatedly in the newspapers and in the memory of many viewers, as well as he managed to get several rewards. Many people noted that it was a pity that after the last performances in the 90s, Hines left the scene, having collected several awards, never coming back on it.

Analysts pointed out that this musical was one of the best on Broadway, which used such element as tap dancing that complements the narration. Acts between themselves have very different number of songs. The first – as many as 14, and the second – just 6.

Even in the photographs, it feels jazz and soul compositions. This musical is universal and this is equally possible to show in different eras and costumes according to ones – from simple baggy trousers of ordinary workers to the super-elegant evening dresses of burlesque show. It's fun for fans of the atmosphere of holiday, where the main mood sets tap dance and jazz, where the play of light and shadow mixed with the spontaneity of emotions and erotic images created on stage. Not only by girls in a mouth-watering semi-transparent gowns or nighties, but also imposing men, who look more confident and beautiful than on the poster for the show. Conclusions? Take the ticket and run to arrange one of the best days of your life, where the perfect end of the evening (after a great morning walk and an excellent meal) will be complemented with this musical, filled with passion.
Last Update:April, 19th 2016