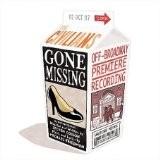 People, involved in a performance, are those who have lost everything, beginning from jewelry, clothes, and the domestic pets, and ending of work, love, and even someone’s heart. The play includes their stories and reflecting of how things are being lost and how the missing of one or another thing influences upon the owner who lost it, regardless of the fact what exactly was lost. This is a set of the real human stories, impregnated with emotions from the endured experience, familiar to every person.

The play is based on interviews with ordinary residents of New York and the stories, told by them. Some excerpts of conversations remain literally, emphasizing documentation, and some are altered and exaggerated for more comical effect.

Many similar subjects are united for giving more atmosphere to the events happening. For example, people speaking about losses of any jewelry are united in one scene while other scenes include the inhabitants with specific work telling about the lost parts of bodies.

From the example of the various stories, the viewer sees how pleasures of life are fleeting and rapid and how in different degree things, which are precious to us, disappear, leaving behind emptiness and regret.

One of the heroines, persistent Laura, shows by her history, that shoes from Gucci can be something more, than simply footwear. She loses her bringing-happiness shoes during evening festivities. Suppressed and upset – though, apparently, that is just a pair of shoes – she distributes leaflets around the city, opens her own web-site and pursues those who, in her opinion, is guilty of loss of footwear. As a result, Laura's victory clearly demonstrates that not all the things vanish completely.
Last Update:April, 06th 2016