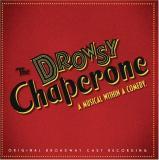 Olivier Award, on which this musical was nominated for in 2008, did not bring any victories. Start of the tour in the USA and Canada, which opened in 2007 in Toronto, grabbed a few actors from Broadway. The show has been exhibited in more than 30 cities, including its initial location, Ahmanson Theatre, where it performed the pre-Broadway production. This musical is a parody on a certain musicals and comedy shows. A bit unusual format in which there is the real world, in which a story goes that the audience sees on stage, within which, in turn, takes a musical play. The story immerses the viewer in the atmosphere of the 1920s, where Greg Morrison and Lisa Lambert wrote the words and music together, using the concept of when the narrator comments on what is happening, in his own way, with the distortions of the original story, which is why much laughter added to situations.

In addition to New York, the show visited the West End twice, Japan, Los Angeles and had several tours in cities. It was very rich in wins of awards and nominations received. So it had: 8 Tony nominations, 5 wins; 7 nominations and same number of wins in Drama Desk Award; 1 win in Theater World Award; 5 nominations at Lawrence Olivier.

The show is brilliant staging that collectively, gathering all places where it had visited, has made about 1500 exhibitions. Not a super high figure, but above all, the show aims to generate humor and good mood. Initially, though, it was assumed that it would be a kind of potpourri of the best ideas of the old musicals, but eventually it got an independent production, with a very well thought-out plot, interesting characters, bright and clear motivation of each of them, sparkling humor and everything that has to be present in a good musical, for which you pay good money to exchange your evening for quality entertainment.
Last Update:April, 06th 2016