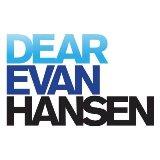 Watching “Dear Evan Hansen,” now playing at Off Broadway’s Second Stage Theater, is like falling down a rabbit hole that leads back to high school. Steven Levenson’s book for this bittersweet musical captures both the humor and the pathos of a hopeless misfit (played to perfection by Ben Platt) who achieves popularity through no fault of his own. And not since “Next to Normal” has a score (by Benj Pask and Justin Paul) tapped so deeply into the psyches of its troubled characters. Credit director Michael Greif, who also directed the original production at Arena Stage, for the sensitive tone of comic gravitas.

Although he’s made it to senior year, Evan Hansen (Platt) suffers from the kind of debilitating anxiety that demands regular shrink visits and many pills. Platt (who appears as Benji in both “Pitch Perfect” movies) gives a carefully choreographed physical performance that makes the kid’s discomfort painfully clear. His shoulders slump, his chest caves into his backbone, his whole body is wracked with physical and vocal tics.

Under the insightful direction of Greif (who performed the same services in “Next to Normal”), Platt goes beyond physical specificity to get under Evan’s itchy skin and unsettled mind. And the introspective, gentle score by Benj Pasek and Justin Paul becomes the language of his troubled thoughts and unspoken yearnings.

Strictly speaking, Evan isn’t exactly a loner. He’s alone and lonely, and too self-conscious to make any friends, aside from cynical, smart -mouthed Jared (Will Roland, who was himself probably a high school brainiac). Book writer Levenson has given Evan the funniest and most pathetic symbol of teenage loneliness — someone so unpopular, he can’t get anyone to sign the cast on his broken arm.

Evan’s mom, Heidi (in a warm performance by Rachel Ray Jones), is a caring mother. But she works long hours as a nurse’s aide while going to school at night to become a paralegal. To her credit, she makes sure that her son takes his meds and sees his shrink, who has given him the ego-building task of writing himself a chin-up letter every day.

“Sincerely, Me,” a sweetly wry song about these back-patting letters, finds Evan alone on a dark stage, bombarded by visual cues from the social media sites that he and his classmates live by. The artsy set of moving scrims crawling with these bits of words and scraps of thought is the work of David Korins. Peter Nigrini did the fine projections, in conjunction with Japhy Weideman on lighting.

But Evan can’t put his heart into these letters to himself, and by the end of the song, he’s thoroughly depressed. “Would anybody even notice if I disappear?” As it turns out, the message of this touching show answers that cri de coeur in the lyric of a song: “No one deserves to disappear.” No matter how lonely you are, how lost, “You are not alone / You will be found.”

In a twist of fate (and plot), one of Evan’s discarded letters is picked up by Connor Murphy (a terrific turn from Mike Faist). Connor is the brother of Zoe (Laura Dreyfuss, smart as well as sensitive), the object of Evan’s hopeless crush. Connor is also a very troubled kid, who wears his hair long and messy and dresses in a Goth style that Jared flippantly describes as “school shooter chic.”

When Connor commits suicide with the letter still in his pocket, everyone takes it as a suicide note, jumping to the conclusion that he and Evan were great friends. Invisible to the entire student body until this dramatic development, Evan suddenly finds himself in the spotlight. The students set up a webpage to honor their “friend” and collect money for a memorial. “Connor’s being dead is the best thing that ever happened to you,” snaps snippy Alana Beck (Kristolyn Lloyd, nice and sassy).

In his agonizing self-consciousness, Evan is unable to make it clear to Connor’s parents (given painfully realistic performances by Jennifer Laura Thompson and John Dossett) that he and their son barely knew one another. And after seeing how pathetically happy it makes them to think that their miserable son actually had a friend — and ever mindful of the proximity of his beloved Zoe — Evan gives in and plays the role of the family’s surrogate son.

But having made a person of Connor, Evan buys into his own fantasy. Connor becomes “his best and dearest friend.” The friend who shares his love of trees and climbs to the top with him. The friend who runs to Evan when he falls and breaks his arm.

“We’d talk and take in the view,” is the lovely, lying memory in the song “For Forever” — just “two friends on a perfect day.” We only wish it were true.
Last Update:November, 28th 2016