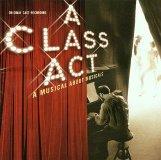 This musical is a free retelling of the life and creative ways of Edward Kleban, who passed away in 1987 and who was a composer and an author of the lyrics to the Broadway musicals. He received such awards during his life: Pulitzer Prize (for drama), Tony Award and Drama Desk Award. The most famous of his acts is a musical named A Chorus Line, for which he wrote the music and lyrics, and he was the author of music and lyrics for this musical, where his early creations were used posthumously (the musical was released 13 years after his death).

Techniques of memories and flashback references to the past were mainly used, to follow the path of his creativity with all his ups and downs. Musical may be liked not only by fans and admirers of this person, but also those who love the thin humor and gracious music. The musical was born after one of his friends accidentally came to the conclusion that based on the legacy of songs and lyrics that was left after Edward Kleban, quite a full-fledged musical could have made (using those material that were written for musicals that never came out). They, along with a man named Lonny Price polished the idea and presented it as a newly born staging.

In the musical A Class Act viewer can see not only how musicals are born and brought to the light. But also it draws parallels between Edwards’ popular creation, A Chorus Line, in which these ideas were exaggerated. Also it describes how Edward Kleban struggled with cancer that, after all, defeated him and his life extinguished along with the fading of his professional career, declining along with creative inspiration.

In 1988, there was a memorial service hosted for Edward Kleban in one of the most popular theaters of Broadway, Shubert Theatre. Edward Kleban appears in this musical on its own memorial, reflecting with the rest of participants, as he wrote the music, the lyrics and what ups and downs he had in his career. And also about love.
Last Update:April, 06th 2016