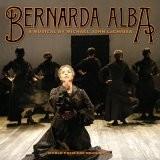 We are talking about a small community, and there is a matriarchy. Bernarda Alba – elder matriarch who has terribly outdated views on life and traditions and withstands the grief for the dead husband for 8 years in a row as traditions tell. She has several daughters of marriageable age from 20 to 39 and who also have to keep up to the tradition, but they are terribly unhappy with this, because she fully encloses them from leading personal lives. Since her first husband bequeathed much money to the eldest daughter, who already has a fiancé, the others envy her terribly, believing that it is unfair that she is the richest and soon escapes from their stifling home.

The younger sister begins to wear the dress of a different color than they are now – black, because of the grief, she wants to get out there on the street dressed in green, but the other sisters forbid her to. Meanwhile, the eldest daughter trying to apply makeup, to be pretty before her fiancé, but her mother, a terrible puritan, literally scrapes a makeup from her face. Their grandmother walks into and says that it is impossible to forbid her daughters to engage in private lives, but dull mother does not listen to her.

As the daughters are on too short leash from a mother, they cannot realize themselves in any way at all, including being women. Along the way, it turns out that in a village rumors crawl that someone gave birth to illegal child and killed him. Suspicion falls on Adela, who secretly met with Pepe. One of the sisters shoots Pepe, but not to death, but when Adela learns that Pepe is shot, she hangs up, not knowing that he is eventually alive. Her mother insists that all citizens and sisters thought as if Adela died a virgin. Otherwise, rumors would prevent mother to save the face of her family in honor – despite the fact that she keeps it contrary to common sense. At the funeral, no one should cry because it is against the harsh rules of their mother.
Last Update:April, 06th 2016