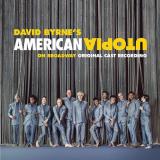 Byrne’s trademark mix of rhythm and ideas are presented alongside music from his time with Talking Heads up to his most recent album American Utopia. With a vibrant new band and dancers from around the globe, Byrne tackles everyday matters from personal challenges to the sociopolitical challenges facing America today.