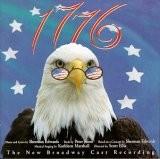 The Second Continental Congress started working on May 8, 1776 in Philadelphia. Massachusetts Representative John Adams was distressed because of the fact that his proposal for the independence of the American colonies were not allowed to discuss. The rest of the delegates, on the contrary, were delighted with these news, hoped that he finally stops to put forward such a demand. Adams realized – Congress does nothing but conversations. After reading the letter of his wife, the delegate did not find the answer to question he asked her. Spouse was more concerned that she had not seen her husband for a long time. The next day, Adams came to Benjamin Franklin. He was upset that the latter did not support his proposal for independence. The delegate also said – a question like this for discussion was best to be promoted by the other person. Virginia Representative agreed to raise this topic in Congress.

When Richard Henry Lee put a resolution on the independence on vote, John Dickinson of Pennsylvania asked to postpone this discussion on indefinite time. Congressmen of five colonies would consider a resolution now, but the opinion of the representatives of the other six states outweighed. Suddenly in the hall appeared the late delegate from New Jersey. He called for discussion of the independence of the colonies, and the balance of opinion on this subject has come. Adams urged the President of the Congress to deal this stalemate with his voice. Dickinson also put a statement for discussion saying that all the colonies should unanimously support the resolution on independence. As a result, the advantage was gained by supporters. John Adams has asked to postpone the discussion, saying the fact that it was necessary to create a declaration, which would clearly describe the laws of Independence. After voting, the delegates formed a committee to develop the project. It included Adams, Franklin, Roger Sherman, Robert Livingston, and Thomas Jefferson.

Soon members of the committee began to discuss which of them would write a future Declaration. Several people took the rejection. As a result, Jefferson was instructed to do that – he was the best writer among present. A week later, Adams and Franklin checked the progress in the work of the delegate. Being in spleen, Jefferson almost did not do anything – he missed his wife, to whom he wanted to go earlier. He was cheered by the unexpected arrival of his wife. John Adams sent for a woman, realizing that it was necessary to support the delegate. On June 22, 1776, hearings in Congress resumed. Supporters of independence have tried to influence the representatives of other states. After reading the declaration a few people went to their side. Soon was adopted a symbol of the future country – the eagle won over the turkey and pigeon, which were also offered by other delegates. During the discussion of the Declaration, many recommendations of congressmen were included in it. The delegate from South Carolina demanded to remove condemnation of slavery from the text. John Adams was against it, but Franklin said that independence was more important than the fate of the black population of the country. With coaxing, they could get the votes of delegates of all states – even the representative of New York, who usually remained neutral. In the evening, July 4, 1776 the establishment of the new American country was recorder officially.
Last Update:August, 17th 2016