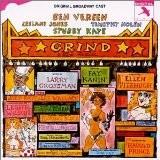 The opening of a performance took place in April, 1985 on the stage of Mark Hellinger Theatre. A little later, just three months, in June of the same year, histrionics was closed. It exhibited 71 times and give 25 preliminary previews.

The show was nominated for as much as 7 Tony Award, but it took only two: for best costumes (F. Klotz) and best actress (L. Jones. She was recommended for future productions). Musical was a nominee for another 7 Drama Desk Awards, amongst which took three, one went again to L. Jones. In this performance, L. Jones literally conquered the audience, and even critics, who hated the musical overall, despite it had pretty strong line against segregation and racial violence. They wrote in many reviews that could not take eyes off her, trying to figure out whom she was. “Miss Jones, in her Broadway debut… is a diamond, found in the dust” – wrote Frank Rich, speaking about the girl.

The show has gathered mostly bad reviews and its production was considered a disaster. "Grind" was a discreet failure at that time. So, nothing surprising that musical did not paid off completely, and the Prince (one of creators) and several other creative team members halted their staging activities because of the poor quality of the contracts signed by them.
Release date: 1985
Last Update:March, 09th 2016