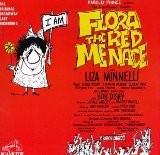 The original production was in 1965 and the same year it was closed after only 87 exhibitions. The musical was largely written for Liza Minnelli (according to rumors, although official sources denied this, posing such information, as if the role was originally written for Barbra Streisand) so she shone with her acting talent. Other actors were: B. Dishy, C. Damon. George Abbott was here the director. (Delightful personality and an outstanding person. Not only that, he died at the age of 107 years, his period of activity has been as long as 90 years – a record for Broadway and worthy of respect in any case! His most outstanding work was Damn Yankees and Fiorello! (Set was performed during the period of 1955 – 59). He also received 3 Tonies, 1 Pulitzer, 1 Drama Desk Award).

L. Theodore was a choreographer, stage design was performed by J. Eckart. Miss Minnelli won a Tony for this musical, setting a record for the youngest age of rewarding with Tony – 19 years. But already a year after, in 1966, she was seriously exceeded by Frankie Michaels, who got it in his phenomenal 10 years. Afterwards this young actor never distinguished with anything in his life.

The show was moved to Broadway after only 2 days pass its off-Broadway preliminary run, but critics trashed it and the show was closed, lost in this investment USD 0.4 million.

Among the amateur resurrections, the most famous was in the Vineyard Theatre, where the actors did not even try to hide the non-professional level of play.