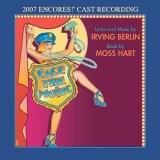 Ingenious Irving Berlin wrote this music and lyrics & the libretto was performed by Moss Hart. In the production of musical, a title have had several options, including Nickels & Dimes, but then it was called with neutral name, Face The Music, so not to say aloud of Great Depression.

Its pre-Broadway run was held in Philadelphia in 1932, and then at the beginning of the same year, a musical without any significant changes was moved to New Amsterdam Theatre. Having only 165 hits, it was closed in the summer of the same year. In contains a story of its own time and shall not be judged severely, that during the Great Depression it lasted for six months only – in fact, many modern histrionics run less than this figure, so it means that it was good.

In 2015, its resurrection took place again in the summer, at 1 month, in Rose & Crown Theatre in the Great Britain, where the director was Brendan Matthew.
Release date: 1932
Last Update:February, 24th 2016