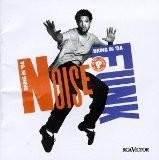 Production was first made in 1995 in the Public Theater in New York in the frames of Shakespeare’s Festival, and a year later, it was staged on Broadway. George Wolfe was the director, and several people worked on the music & the words: A. Duquesnay, Z. Mark & D. Waters. S. Glover was responsible for the staging of choreography.

The opening of the musical received mixed reviews, and the production was closed after 85 shows, at the beginning of 1996. On Broadway, it lasted much longer, 1135 performances and it was also organized the second display for extra 40 shows during 1998 – 1999. Ambassador Theatre was the host of production and the cast included: S. Glover, A. Duquesnay, D. Hill. Dressing was on Karen Perry, lighting was set by P. Eisenhauer & J. Fisher.

The national tour of the musical was held in 2002, but its details were not disclosed. Recording the music on CD is also held in early 2000.

Tony Award was given to this musical for its choreography.
Release date: 1996
Last Update:December, 23rd 2015