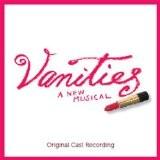 This is a story about the friendship of three girls – participants of cheerleaders group. They tell the story of their lives, sing, dance, and dress up. The life of each girl has various twists and turns, but one thing remains the same – their friendship, which originated back in school time. Each of them pursues her own goal: Mary is a rebel, she is opposed to everything, looking for her fight around the clock; Joanne wants to become a model of perfect wife to her husband, and the mother of his children, but for this, she needs to grow spiritually; Kathy differs with organization skills and zest for life, she was always ready for both good and bad.

The action covers 15 years of the life of girls. For the first time, we meet them before the match of the school team begins. The President and his wife have to visit the match, and the girls are very exciting to see the dress of the First Lady. The next meeting of the characters holds 4 years later, when they reflect about the future marriages.

Now we see that one of the cheerleader girls is in a civil marriage with a certain rich man. Other friends, who came to visit the girl, blame her for her relationship with a married man, even though he owns the fortune.

In fact, on stage we do not see how anything happens to the girls. The viewer sees only the heroines’ reaction to what happened, not the situations themselves. Some might say that the first rule of the theater is not respected (‘do not tell, show it’), but it's a matter of taste. By the way, the dialogues are sometimes scarce and superficial.

Music is not memorable. From the action, where the main emphasis is on the music, you expect more. Each period of lives of friends is marked by the music of that time. By the way, the press also chilly accepted the premiere of a musical, as well as the album. The "New York Times" called the plot woo familiar; the "New York Daily News" noted that in spite of the charming actresses, the material was quite weak.
Last Update:August, 29th 2016