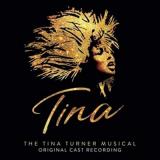 “Now, that’s what I call a Broadway show!” That’s what the stranger sitting next to me at the Lunt-Fontanne Theater yelled into my ear at the roof-raising finale of “Tina: The Tina Turner Musical.”

I’d say he nailed it. Call “Tina” a jukebox musical or a bio-musical or anything you want to call it, but above all, this is one fine specimen in the best showbiz tradition of the Great Big Broadway Musical. The music is fantastic, the staging is deluxe, the central figure is a cultural icon and the lead performer, Adrienne Warren, is sensational.

Under the inspired direction of Phyllida Lloyd, who previously applied her magic touch to “Mamma Mia!”, the show originated in London, also with Warren, its dazzling star, in the lead. A modest standout in the 2016 George Wolfe extravaganza “Shuffle Along,” Warren busts out into full stardom here, doing Tina proud. She has the moves, the wit and the smoldering fire of her idol, along with the voice to capture Tina’s deep hurt and the sheer ferocity of her will to survive a heap of adversity.

There are 23 songs in the show — the good ones like “Let’s Stay Together,” the great ones like “Proud Mary,” and, of course, the definitive “What’s Love Got to Do with It.” But Warren lends her own style and her own soul to the music, bringing something special and more personal to familiar numbers like the shivery-good “River Deep, Mountain High.”

This is Tina as we know and adore her — tossing her lioness mane, shaking her booty, strutting her stuff — but this star-making performance is also Warren in her own right. It’s a thrill to watch her claim her musical turf and stand her ground.

To be sure, the narrative arc is hardly challenging, advancing step by step in strict chronological order as dictated by the trajectory of the songs. “Nutbush City Limits” finds young Anna Mae (before Ike named her Tina) at home in Tennessee with her nurturing grandmother (Myra Lucretia Taylor, warm as fresh biscuits), who encourages her to spread her wings and bids her a sweet and sad farewell in “Don’t Turn Around.” “Rocket 88” and “She Made My Blood Run Cold” tell us all we need to know about the grasping Ike Turner (Daniel J. Watts, undone by the character’s meanness), Mr. Bad News in slicked-down hair and shiny suit, riding in his pink Cadillac. And “Better Be Good to Me” is a sadly ironic hint of what’s in store for little Miss Anna Mae from Nutbush, Tenn.

Unlike most biographical musicals, which tend to lose energy as their subjects grow older, wiser and sadder, “Tina” builds to a high once the guru producer Phil Spector (Steven Booth) takes over her career. At this stage of her life, success means trashy gigs and flashy rags in Las Vegas clubs. (For a definition of vulgarity, see Mark Thompson’s sets and costumes.) But the show doesn’t really hit the rafters until Tina is in her 40s, industry poison and on the professional rocks.

Warren shows us that side of Tina when she’s all alone and down on her luck in England. A thrilling belter when called for, she flips some magical switch here and transforms herself into a real heartbreaker for the gorgeously moody “I Can’t Stand the Rain.”

Meanwhile, there’s Ike to deal with. Playwright Katori Hall’s book (written with Frank Ketelaar and Kees Prins) deals gingerly with his furious narcissism, his sudden jealous rages and his propensity for violence. In one efficient scene set in a recording studio, Ike becomes so enraged with Tina’s creative suggestions that he hurls a cymbal at her head. Everyone in the studio is stunned into silence, but Tina tosses it off, as she always does these bursts of rage. “He’s just … passionate, that’s all.”

Throughout the show, most of the narrative is advanced through the songs. But in this instance, a few choice words are all it takes to let us know that Ike has Tina locked in an abusive relationship. Try putting that into a song. Well, Tina Turner did it; in fact, it took a Broadway musical to show us that she poured her life into all her tunes. And here they are: her songs, her life. It’s heaven.